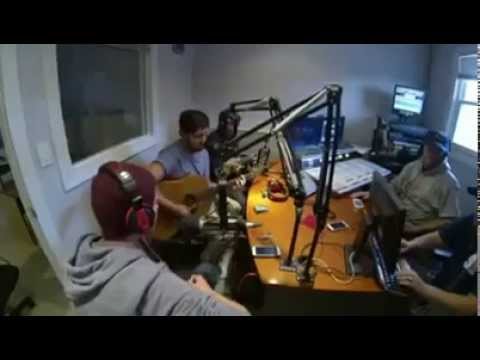 Watch us perform “Cut the Shenanigans Britt” live on 98.3 WRLR in Round Lake.  Above all make sure to LIKE the video and subscribe to the CTS YouTube channel.  It’ll help out tremendously!

In this segment, we’re featured on the “Something Different” show hosted on WRLR, a local radio station in Round Lake, IL.  Major shout out to this radio station, due to this station giving local artist a chance to shine.  This was the first studio that allowed me to perform new material in their studio since I was in high school.

“It could be said that in the age of American Idol and The Voice that local music has taken a hit. College Transfer Student is changing that with an electric sound that pulls you in. They dropped by the station to give us a listen to their EP Juxtaposition featuring Pitter Patter, Crush On Me and Cut The Shenanigans Britt. In addition to spinning the EP they treated the listeners to an acoustic set. With a sound that can best be described as Alternative/Experimental they bring something to the table that just about everybody can groove to. Sam Gaytan’s voice has a way of cutting through the music and hooks the listeners ears to the music. Not to be outdone with just great music the entire band have a way of making the audience feel like they are part of the show. It is hard enough to find great local music these days but to find that along with an amazing bunch of people is a score for the entire music community.”

Other Videos from this Session include: “Crush on Me” performed live on WRLR

previous
"Crush on Me" Live in the Studio at WRLR 98.3 FM
next
"Cut the Shenanigans Britt" Indie Acoustic Session in the Garage